So here we are. Few months after having resigned from the N.F.-Board and stopped all activities within this organization, I´m back into the Non-FIFA World. Some may like it, others may not. I don´t care. I just want to share my views on any “hot” topic that may arise on the agenda of the Non-FIFA community. I believe 9 years working with the N.F.-Board somehow entitle me to do so.

Don´t expect many features about N.F.-Board or ConIFA, this is not the purpose. The purpose is to share with everybody amazing Non-FIFA stories, in order to –hopefully- create an interest among more and more people. The (lost) spirit of the Non-FIFA pioneers was to have fun, and give fun. Nothing was perfectly done, but looking back I´m still proud of what was achieved. And, more importantly, we never gave up. And that´s why “Fighting Spirit” will be the guideline of my monthly column.

And talking about “Fighting spirit”, this first feature is a tribute to the fans. The real ones. The kind of people who travel thousands of kilometers a year to follow their team. Good days, bad days, if it rains or under 40◦C, here they are. Some call themselves “ultras”, others “fanatics” or even “barras bravas”…I will call them real football fans. And that is what Cascadia AFF is all about.

Founded by members of the main supporter groups of Portland Timbers (Timbers Army), Seattle Sounders (Emerald City Supporters – ECS) and Vancouver Whitecaps (Southsiders), the Cascadia AFF is the only Non-FIFA Association that I know which is “by the fans, for the fans”. Their President Leonard (Lenny) Laymon is simply a great man. A passionate. A dreamer. If things get bigger he probably won´t remain in place, but it requires people like Lenny to write the first lines of a story like Cascadia AFF.

Don´t get me wrong, in spite of Lenny and Abram Goldman-Armstrong´s (Vice-President of the Cascadia AFF, who also serves on the board of directors of the 107 Independent Supporters Trust, the non-profit arm of the Timbers Army) various intents I was never convinced by the historical “roots” of Cascadia (the Columbia District in 1818-1846, the theories of Seattle University professor David McCloskey…). Cascadia is not a State, and will most probably never be. It´s not even a Nation. I would say Cascadia is a social movement, which goes way beyond politics or history. A sort of common culture among people who love nature, united by a feeling of belonging to the West Coast of the US & Canada: the “Cascades area”. I know many “Non-FIFA” fans will claim that this is not enough to pretend labelling their team a “National Team”. I totally disagree. And the reason is: football. On a pure football standpoint, Cascadia AFF is an unquestionable valid project.

First and foremost, because the “Cascadia Cup” (recognized formally since 2004 but historically much older), initially created by the fans of Seattle, Portland and Vancouver, is considered in North America as a top-quality football tournament. Even the MLS tried to “steal” the naming rights of this Cup from the fans… The Cascadia flags wave generously in the Stadiums of these three clubs whenever they compete, as I could testify during the Sounders – Timbers game on August 25, 2013.

Second, the three MLS clubs seem to support the initiative. That is why the Sounders invited members of the other clubs´ supporters (Timbers Army and Southsiders) to spend the pre-game

with some of their own fans on the field as representatives of Cascadia AFF. By the way, I was invited too, as “Non-FIFA Ambassador” (Hell yes, I enjoyed it!).

And, last but not least, I believe this project should be respected because it comes from the fans. Forget about States, borders, governments, politicians. Just think about passion. An FA created by supporters who feel that they belong to the same “social movement” in spite of their obvious differences, supporters who forget the MLS rivalry to join for a common goal, well such fans deserve respect.

And for all those reasons I sincerely wish Lenny, Abram, Aaron and their fellow Cascadia AFF members a long and successful Non-FIFA history.

It is with great pleasure that Viviane Bonnier president of Arts, Cultures, Civilsations & Sports and Stéphane Tellier, deputy directeur of French Institut in Erbil, received the award for the best dance performance of the Hawler International Theater Festival for Compagnie Pyramid.
Arts, Cultures, Civilisations & Sports particularly thank the Minister of Culture and Youth of Kurdistan Regional Government , Mr Hewa Suaad Al-Hamawandi, Executive Director Department of Theatre for their warm invitation, Mr Ihsan Othmann, Halo Azad and Ari Sami for their efficient help during the International festival of Erbil.

After some sweats, technical and scenic tremors, Pyramid Company was able to establish its decor on Tuesday Oct. 7th and proceed to the first rehearsal
Wednesday morning, Oct. 8th, at the invitation of the French Institute of Erbil, the Pyramid Company went to the French school of Erbil. Showing excellent pedagogic skills Mustapha and Jamel initiated enthusiastic children about some warmings and figures.A real triumph hosted Oussama, Rudy, Tony, Jamel and Mustapha demonstrations
Emotion was there …

Wednesday at 16h the Company performed in the Gal theater in Erbil which was full. Really impressed by the performance the public couldn’t find words to congratulate the dancers : “amazing”, “fantastic”, “never seen this before in Erbil” , ” I wished it never stopped” 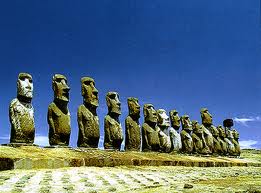 Eastern Island football federation RAPA NUI is looking for financial support to participate to the VIVA World Cup 2012 in Kurdistan.
This team gets a very special interest for Arts, Cultures, Sports et Civilisations, as the football players are also dancers ! They have a very special HOKKA we would dream to see on stage !