The movie tells one year of the life of modern nomads, samis, through Jon young breeder of reindeers and his community above the polar circle. Here, the modern tools and the technology are still in the service of a community organization and of an activity practised in a traditional way. The instinct of property which aggravates the individualisms and the speculation does not exist… Possessing the ground is not in their culture, they live above and will not take him it with them. The ecology to them, is not a subject: they are a part of it and live respectfully and humility on their territory. If to be modern and to live in accordance with traditional values thus seems possible, the bill for perturbing elements threatens this fragile balance: industrialization of territories, modern expensive equipment binding European legislation give regularly thrusts to these last communities of nomadic breedings of Europe. An attractive movie which while speaking moreover in luxurious landscapes, questions about our own relationship with our horizons, our gardens, our modernity…

At sunset in the streets of the ancient old town, the musical clubs of Zanzibar buzz with the joyful sounds of Taarab, the music of Zanzibar, whose style reflects two millennium of cultural exchange and the island’s place at the crossroads of the spice route. Vehicle of cultural identity and living tradition, the performance of Taarab is intrinsically linked to both the ceremonial and everyday life of the island. Its gentle rhythms accompany the listener on every step of existence- from the most solemn to the most blissful moments.

Featuring artists such as the midwife and healer Bi Kidude, one of the most revered of all Zanzibar Taabab singers, this documentary immerses us in the colour, warmth and diversity of Zanzibar’s little known Muslim culture and the Taarab poets – cultural custodians of a dynamic musical heritage that must assert itself in the face of tourism and economic change. 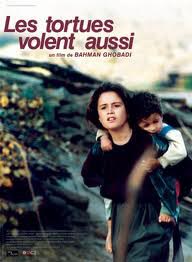 Turtles Can Fly, written and directed by Bahman_Ghobadi (Marooned in Iraq, A Time for Drunken Horses) takes place in the days leading up to America’s second war against Iraq, in a small village and refugee camp on the border of Iraq and Turkey. Soran_Ebrahim stars as Satellite, a boy nicknamed for his obsession with technology. Satellite is also obsessed with the United States, and sprinkles bits of English throughout his speech. His strong personality and his resourcefulness have made him a leader among the younger children in the village. He even convinces the village elders to trade in their radios and purchase a satellite dish so they can watch news broadcasts on the upcoming war. Tension mounts as the village waits to hear when the U.S. will invade. For his part, Satellite finds himself smitten with an orphan girl, Agrin (Avaz_Latif), who wanders into the refugee camp with her armless older brother, Henkov (Hirsh_Feyssal), and a little boy who is nearly blind. Henkov earns a meager living clearing minefields, like Satellite, so Satellite sees him, at first, as a rival. But his earnest desire to help Agrin eventually extends to her family. Satellite and his friends find moments of joy amid the chaos and destruction, but Agrin seems haunted by past events too painful to reconcile, and her brother Henkov derives no pleasure from his seeming ability to predict the future. Turtles Can Fly was shown by the Film Society of Lincoln Center in 2005 as a part of the Film Comment Selects series. Josh Ralske, Rovi . 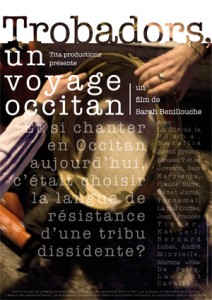 An Occitan journey investigates the reinvention of a folklore with touches of here and there by musicians mad about oral musics.

It sends us to the meeting of these musicians who created new styles of Occitan singings.They conjugate the polyphony with the music of Berber trance (Lo Cor de la Plana), the review from Marseille with the blues (Moussu T and lei Jovents), the Brazilian repentistes with the vocal jousts (Fabulous Trobadors), the “scat” improvised by the jazz and the Gascon singing (André Minvielle).

The movie makes us share the life of the Occitan trobador in the style of a road movie, on Linha Imaginot between Bordeaux and Nice. 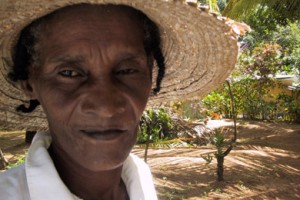 This film talks about the real story about the injustices that happened and still happen to the inhabitants of the Chagos islands, for 40 years.
The Chagos islands are situated in the Indian Ocean.
40 years ago the inhabitants were deported in secret by U.S. and British governments to build a military base there, where today most out of operations to Afghanistan and Iraq.
This film tells the testimonies of the Chagossians, what’s happened, what they have lived since they can not return to their land, depression and suffering of a people living in peace, lived a little fishing for them was everything, and now can only visit each island of the archipelago in a single day, because it is a military base to see the land where they were born …
Film
Producer : marie-Georges Suriam
Director : Michel Daëron
Awards
Fipa d’or, catégorie Grands reportages et Faits de société et Prix du jury des jeunes européens